Message From Our Chairman 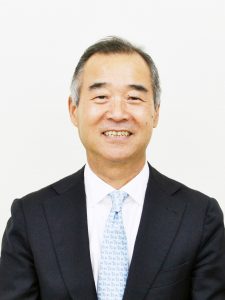 ISSJ (International Social Service Japan) was authorized as a social welfare service corporation from the Ministry of Health and Welfare in 1959. Today, it is also the Japanese branch of ISS (International Social Service) network, an international social welfare organization based in Geneva with its headquarters located in more than 140 countries around the world. Right after the end of the Second World War, ISSJ operated as part of Japan-U.S. Joint Committee for the Assistance of Orphans and started arranging international adoptions in order to help abandoned mixed-race children born between American soldiers and Japanese women.

Takechiyo Matsuda, who was then a Diet member and later became the Speaker of the House of Representatives, described these activities as “one of the postwar settlements”. He consulted with the then Minister of Health and Welfare, Secretary General of ISS, vice-president of Uemura Ushigoro Keidanren, and vice-president of Japanese Red Cross Society etc., and the organization was authorized as a social welfare service corporation from the Ministry of Health and Welfare (now known as the Ministry of Health, Labour, and Welfare) in 1959.

We would like to express our hearty thanks to companies and individuals for their understanding and supports on our activities.