Who is a Refugee?

1. The 1951 Refugee Convention and Definition 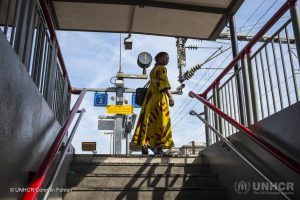 Refugees are people who were forced to flee their country due to conflicts or human rights violation. They don’t have the protection of their country and don’t know when they can return home.

According to the Convention Relating to the Status of Refugees, adopted by the United Nations, refugees are defined as follows:

Key points are as below:

In the last decade, refugees’ source countries or regions has changed as the form of conflicts or persecution varied. The number of global refugee population is growing, and the internally displaced people are increasing as well. 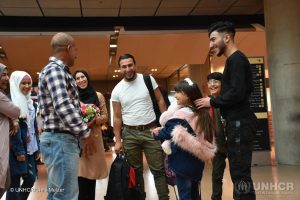 There are people who seek asylum in Japan. They need to go to the Immigration Bureau to make an application for recognition of refugee status, and go through necessary procedures. 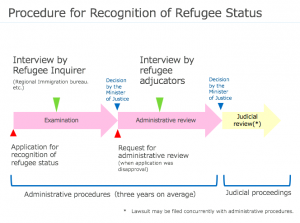 ①Refugees recognised under the Convention and Protocol

Refugees are examined and recognised under the 1951 Refugee Convention and 1967 Protocol relating to Refugee Status. With the refugee status, they have almost equal rights and duties to those of Japanese citizens, such as access to welfare system or tax payment. They are able to have a refugee passport and join a state-funded settlement-support program.

The Ministry of Justice is responsible for determination of refugee status and the Immigration Services Agency administrates the procedures. As complementary protection, permission to stay on humanitarian grounds may be given even if their application for refugee status is negative. 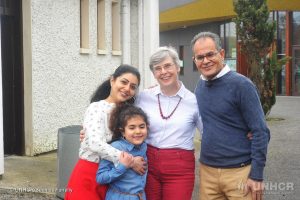 The third-country resettlement program is to accept refugees living in a refugee camp or a country not signatory to the Convention. Japan started accepting Myanmarese refugee families from Thailand and Malaysia in 2010 with maximum annual capacity of thirty people. The Japanese Government revised the program in 2019 and expanded the number of annual acceptance to 60. Under the new program, refugees who fled to Asian countries are allowed to resettle in Japan with the recommendation by UNHCR.